“Preposition Stranding” or “Ending a Sentence on a Preposition” ﻿

“That is the type of arrant pedantry up with which I shall not put.” – Winston Churchill

Whatever you think of Winston Churchill, you can’t fault his ability to turn a phrase. The above sentence perfectly encapsulates the absurdity of one of English grammar’s most odd rules. Grammar rules exist to help create ease of communication. They take use patterns that have arisen over decades of use and codify them for future people to study in order to pass on language skills and to maintain society’s ability to communicate with each other.

Through school, we’ve all studied grammar either directly or indirectly. We learned about sentence construction, punctuation, and a myriad of other grammatical rules. At some point, many of us were told by a teacher not to end a sentence with a preposition, also known as preposition stranding. But why?

According to Dan Nosowitz of Atlas Obscura in his article “Where the ‘No Ending a Sentence With a Preposition’ Rule Comes From,” it can be traced to one man–John Dryden. Dryden was the most prolific English writer of the last half of the 17th century. He was also fluent in Latin and was responsible for translating large amounts of Latin writing into English, including Ovid, Horace, and Virgil. This is where the important intersection occurred.

According to Nosowitz, in Latin grammar, “the preposition, as indicated by the first three letters of the word ‘preposition,’ always comes before the noun.” This is what Nosowitz believes lead Dryden to criticize the use of prepositions at the end of sentences. Because of Dryden’s prolific writing, his opinion was influential resulting in the inclusion of preposition stranding into the modern English grammatical lexicon.

Because of Dryden, a rule that was not native to the English language was injected artificially into the grammar books to confound writers for a few centuries. Fast forward to today, and most style guides have dropped it entirely–many doing so decades ago. The Chicago Manual of Style (CMoS), one of the most commonly used style guides for fiction writers, calls it the “traditional caveat of yesteryear” and says it’s “unnecessary and pedantic.”

The CMoS ends by saying “the ‘rule’ prohibiting terminal prepositions was an ill-founded superstition.” That’s what it is. It’s a rule that has long since been jettisoned by those whose charge it is to maintain and adjust grammar rules for modern usage. It was never a natural part of English and frankly has stuck around too long, antagonizing students and writers as they try to meet this rule with convoluted sentences that make communication murkier, not clearer. So the next time someone criticizes you for ending a sentence with a preposition, you can give them what for. 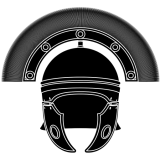 ©CThomasLafollette2020 All Rights Reserved | No part of this site can be used or reproduced without the express permission of C. Thomas Lafollette.